Desert Lizards are either the desert-dwelling lizards or in particular, some prominent lizards living in the desert such as Desert Horned Lizard, Desert Night Lizard, Gila Monster, Chuckwalla, Desert Iguana, Collared Lizard, Zebra-tailed Lizard, Leopard Lizard, and the list goes on!

One of the most interesting facts of the lizards is, they are Cold Blooded Reptiles but are found in both cold places like forests and hottest places like deserts.

Some Special Adoptions of Desert Lizards:

Desert lizards cannot regulate their internal temperature, so they have adapted to the climatic conditions by special mechanisms as well as by using the clever trick of burrowing!

Metachromatism is a special ability to adjust the body color in accordance with the variations of temperature. As the temperature ranges in the desert are extreme, this physical change helps the lizard to keep its body cool or hot. The skin color turns darker, as temperatures drop, thereby increasing heat absorption. Whereas in high temperatures, the skin becomes light in color, which results in lowering the absorption of heat, keeping the lizards cool.

The behavioral adaptation by the lizard is thermoregulation(a process by which the internal core temperature of the body is kept regulated). If the temperature of lizards goes too high they move into places like shade. Whereas if the temperature is too low they adopt two ways: Insolation & Conduction. Insolation is the absorption of heat through sun rays (i.e. going to places where sun rays are dominant). Conduction is the absorption of heat from the ground.

Underground passages or burrows are created by lizards (or other animals) to escape the heat. The lizards reside in the burrows temporarily or for a longer period of time in order to escape the scorching heat. WHAT ARE DESERT LIZARDS?

As we know, lizards are one of the most widespread creatures, ranging all over the globe, except Antarctica. There are over 6000 species of this reptile, ranging from the evergreen tropical rainforests to the arid deserts.

Here are some of the most fascinating desert lizards from the list mentioned before: Read More- 8 Shark Facts That Will Surprise You | Animals Facts 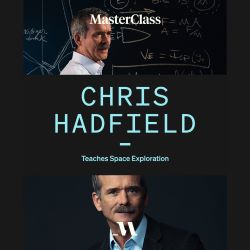